What We Really Need 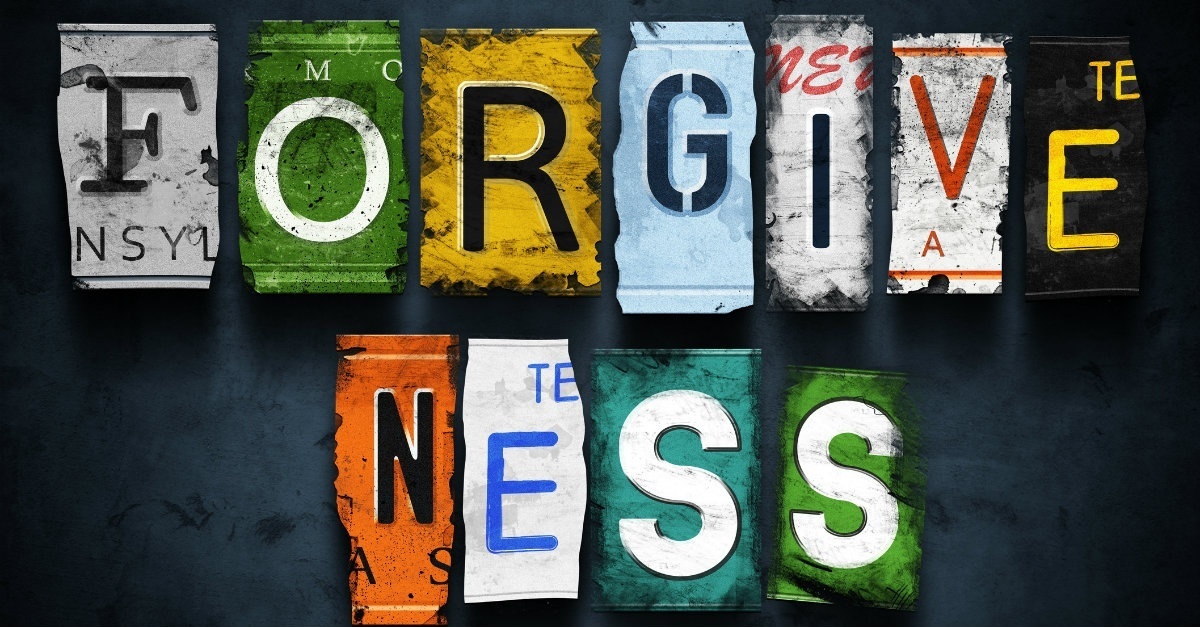 I said I would send this on Thursday. And now it’s Friday. Danged if I don’t make promises I sometimes can’t keep.

I’m like Paul in Romans 7. So now, beyond what’s written below you have something else you can look up today. A bonus devotional. Two for the price of one.

What is it that we really need? If the suspense is just too much for you, the answer is “forgiveness”. It’s right there, in the graphic above, but more to the point in the prayer that we pray. god, give us forgiveness. (Matthew 6:12) Make forgiveness important in our lives.

People carry around guilt all their lives. It was my fault we became separated. I did something wrong. It’s my fault my son dropped out of school. My fault. We easily relate to Paul when he says “I want to do good, but I can’t do it.” (Yup. Romans 7)

That would be such a desperate and hopeless statement if Paul didn’t finish with “Thank God for the grace that Jesus brings.”

We need forgiveness in our lives. Jesus said “All you who are weary and carrying heavy burdens, come to me, and I will give you rest”. God, you give us today the bread of forgiveness. This is what we need.

As you can see if you’ve looked up Matthew 6:12, that line “Forgive us,” ends with “as we forgive others.”

There are two challenges handed to us in the Lord’s Prayer. Big challenges. The first is “God, may your will be done. Not my will, but your will.” That’s not an easy prayer. We talked about that last week.

The second challenge is this one before us. “Forgive us, God. We know you will, and we are so thankful for your grace.”

But then “as we have forgiven each other.” That’s a significant condition to say the least. It has to go both ways.

As Jesus is want to do, he tells a story to make the point. (read it for yourself in Matthew 18) The story is about a servant who owed his boss a lot of money, more than he could ever pay back. The boss eventually called him up, and said “It’s been a while, I think it’s about time that debt is paid.” Not an unreasonable request.

The servant was devastated. He’d run up a monster tab. He’d have to sell everything he owned and likely be ruined. Even if he could pay it back, he’d have nothing left for his family. They’d all be destitute.

And so he did what most of us would do. He pleaded with his boss. And that same boss had compassion and him because he had grown to love that servant. The master forgave that huge debt. “You don’t owe me anything”, the boss said. “The slate is wiped clean.” Understandably, the servant was thrilled and filled with thanks. It was as though he had been given a new life.

Well, as the servant is leaving his master’s house, he sees a fellow servant who owes him just a small bit of money. And son of a gun, if he doesn’t grab him by the collar, and take him by the throat, and yell at him “Pay me what you owe!”

His fellow servant fell down at his feet and begged him, saying, “Have patience with me, and I will repay you!” The forgiven servant would not hear of it, and cast his fellow servant into prison, until he could pay back that which was due.

Jesus’ audience that day, listening to that story, were thinking the same thing we’re thinking right now when we hear the story. “The man’s a moron. Who would ever do that? Can you imagine, someone who has been forgiven so much, not being willing to give forgiveness back to others?”

And perhaps, it wasn’t until they were well on their way home, did those people realize Jesus’ story was about them. Forgiven so much, but not willing for forgive their neighbor.

Forgiveness. Both ways. This is all we’ve ever needed.

Deep Roots It's Grow Time Very Glad to Know You