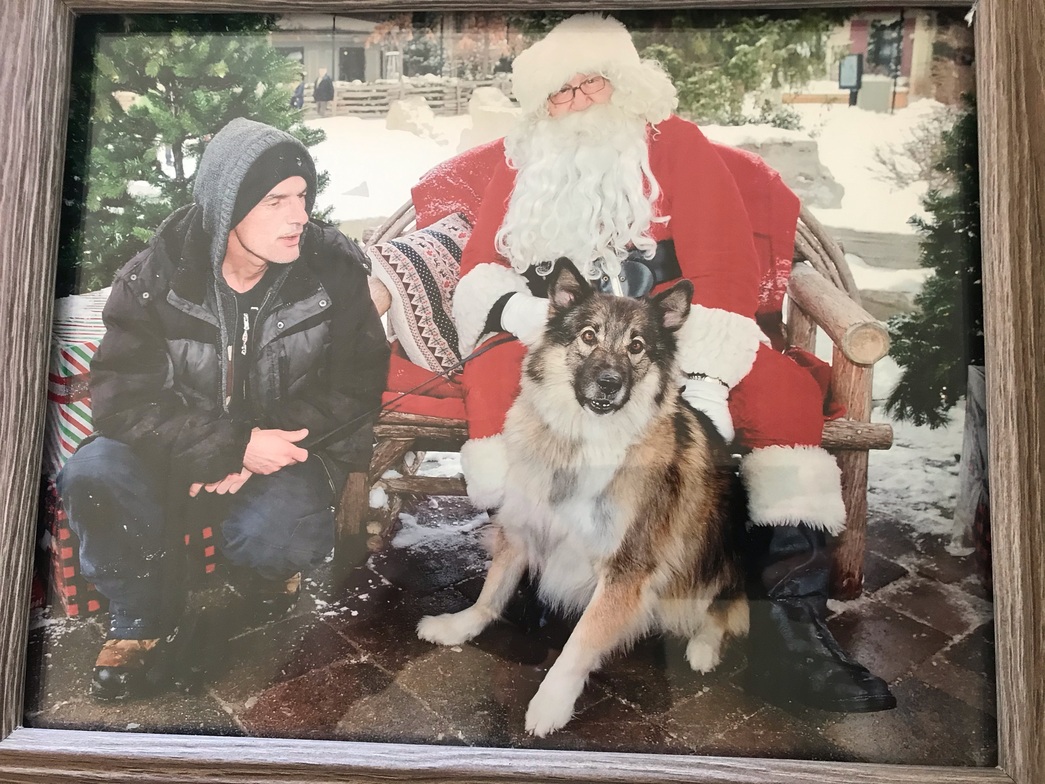 Kimberley and I used to go down to Atlanta every April for a conference. We absolutely loved it. It was an inspiring event with awesome bands and great keynote speakers. And, as some of you know, Atlanta in April is heaven.

The theme for that conference had to do with being a good neighbour to all those around us, and the challenges of that in the face of great need. And how easy it is to get overwhelmed.  One of the regular speakers every year is Andy Stanley. He said something that stayed with me:

Do for one what you wish you could do for everyone.

Sitting there, in that arena packed full of young enthusiastic Christians, it instantly made me think of Ghandi’s famous quote: As one person I cannot change the world. But I can change the world of one person.

It also reminded me of the story about when the news correspondent Dan Rather went to see Mother Theresa at her orphanage in Calcutta. He asked her the question we all would ask her if we were there. “How do you do this? How do you not just get totally overwhelmed? How can you think you’re making any kind of difference? How can you help all these people.”

And she smiled that gentle smile and said four simple words. “One at a time”. We help them, one at a time.

Don’t get overwhelmed. Instead, do for one what you wish you could do for everyone.

So, here’s a wee story about how Kimberley and I were able to make that happen in our lives. Years ago, a homeless man came to our church one Sunday morning. He sat right in front of the band as we played our worship songs. He was young, maybe in his early 30s.  After the service name we chatted. He said his name is Earl. He grabbed my guitar and started to bang out old gospel tunes. He wasn’t bad.

We invited him over to the house for supper and Earl and I played some guitar. He told us the story of when he stole a car in Toronto at 13 years old and led the police on a high speed chase down the 401. He said that it took them a couple hours to catch him. Since then he’s been living his life in and out of jail.

That first night we had him at the house, he told us that he was a crack addict. He was pretty honest about it. He said “Do you know how to tell when an addict is lying?” “No Earl, how?” “When their lips are moving.”

Honestly I don’t remember the details, but somehow Kimberley and I decided we were going to give him some of our time. To be sure, he was high maintenance. He’d phone us up, at the most inconvenient times. “Hi, it’s Earl, can you give me a lift to such and such a place, I need to get to Barrie to see my parole officer.”

I would drive him to places, he’d drop off applications, trying to get a job, but nothing ever worked out for him. People would try and give him a break, but he just wasn’t dependable.

Every now and again, he’d stay a night with us. That made us a little nervous at first, because Haven was just little, and having a crack addict on the couch may not have been the most prudent move.

Once, when we were in Toronto for the March break, (I smile about this now, but at the time it was decidedly unfunny) Earl came over to the house and took our car. He knew where the keys were. In his defense, he wasn’t stealing it, he just needed to go somewhere. We were pretty mad at Earl for that. When we got back, I said “You stole our car! What if I would have phoned the police? That’s a felony!”

Earl is a talented musician and songwriter. I mean, this cat has a gift. I tried to help him with that. “Have a little discipline Earl, write down your songs, they’re good songs”. We recorded one of Earl’s songs on a Grains of Sand CD, a beautiful song called “Send Me Your Angel”.

But, he just could never get it together. Ultimately he was more faithful to crack cocaine then anything else. Substance abuse is evil. It robs people of their gifts and talents and gives them in return the widest dead-end you can imagine.

It was just always one step up, two steps back, with Earl. It was frustrating, over the years, because just when you thought he was getting his life together, he’d fall off the wagon, start with the crack again. Or, he’d get caught for a break and enter, and back to jail he’d go.

But over time, he became part of our family. He brought us over a framed picture a couple of Christmases ago. It was of Earl, and his dog Barney, sitting with Santa at Blue Mountain. We put it up on our wall, along with all the other family pictures. That meant a lot to him. It meant a lot to us as well. After all those years of trying to change him, we grew to realize that in a pretty big way, we were the ones who were being changed.

Fast forward to last month. Spring of 2021. Earl popped over to the house, and he had a car, and a dog, and he was living in Owen Sound, and he said he was doing pretty well. He hasn’t been in jail for over two years,  he said. We sat outside and he playing his guitar and sang a song he wrote. He went into the house to use the bathroom, and as he was coming back out he ducked into the living room. Right away I knew why. He was just checking to make sure his picture was still on our family wall.

Someday, I hope this story ends with “Earl is transformed, totally off drugs, has a job, is in a good relationship, and leading a group that helps other addicts.” We’re not there in the story. Yet. But, I live in that hope.

Do for one what you wish you could do for everyone.

Here’s what I know for sure. If you do for one, what you wish you could do for everyone, it will certainly change somebody’s world. And if your experience has been anything like ours has been, it’ll change your world as well.

When Christians talk about harvest, that’s what we’re talking about.

This is such a lovely but sad story Tim. Yes, we have seen Earl in church a couple of times, and he always loves to stay afterwards to play the guitar. You certainly would have made a big difference in his life no matter how it turns out. This is a wonderful example to follow. May we all be as brave!

Thanks Jansje. Earl's struggle is still there, but he's doing OK. Whatever the future holds, we live in that hope that things can be better in the days ahead. For him. And for us.

Earl was fortunate to have you in his life, through thick and thin. We don’t always
see the effects that our actions take or the difference they might make.
I agree. Start with one person. I am currently reading about a young woman in Poland
during World War 2. She felt hopeless, not knowing how to help, with carnage all around her. She found another girl, Jewish, living in the sewer beneath the city. She decided to help her and the ripple effect soon spread. We can make a difference by lighting one little
candle in someone’s life.

It's so true. You just don't know what effect actions will have. Like seed planting. Some things take a lot of time to grow. All you can do is plant. The rest is in bigger hands than ours. Thanks for the comment Catherine.