Very Glad to Know You 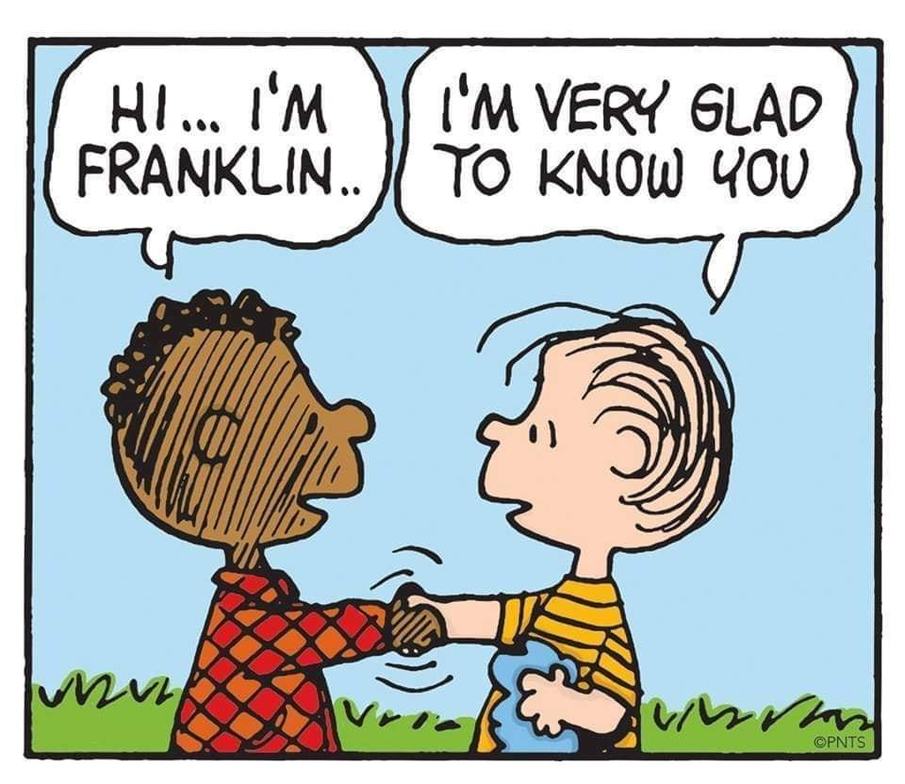 The protests aren’t going to stop. They may shrink at some point, but the energy to not give up until justice comes is not going away. It lives underneath the thick blanket of our culture but will not be smothered. It will always find the oxygen it needs to continue the fight.

Jesus was in the thick of this fight. He rode into Jerusalem on a donkey, and before the sun set on that same day he began raising hell in that same city, flipping tables over in the Temple and calling the priests and teachers of the Law hypocrites.

Here’s a piece of what he shouted at them: “What sorrow awaits you teachers of religious law and you Pharisees. Hypocrites! For you are careful to tithe even the tiniest income from your herb gardens,[g] but you ignore the more important aspects of the law—justice, mercy, and faith.” (Matthew 23)

The bottom line is that the leaders didn’t care much about the plight of the pilgrims who travelled great distance to the Temple for the Passover. The leaders had what they wanted, and they were making money off the pilgrims who bought from them the small animals needed for the required sacrifices.

Jesus had a problem with that, and you can bet those leaders wished he would just go away. He didn’t. And so he was arrested, tried on a trumped up charge, convicted although innocent of any crime and killed. Guilty of pursuing justice.

As you may know, according to the Christian story Jesus was raised from the dead after three days. This event might be interpreted by different people in different ways, but certainly a truth that emerges is that you can’t kill the pursuit of justice. Jesus may be gone, but his followers remain. Followers who will pursue this same kingdom of God, where all people are equal. Where the poor are no longer taken advantage of.

To get there takes time, patience, and hard work. It took Jesus’ disciples time. Considering they walked and talked with Jesus for three years, they were remarkably slow learners. Considering that Jesus modeled that kind of inclusivity in his life in everything he did, they took some time to get it.

Jesus talked with Samaritans, who the Jews looked down on as half-breeds and religiously unclean. The disciples barked at Jesus: “Why are you talking to them?” Jesus’ answer was always simple: “Because, God is for all people”.

Jesus was invited to the homes of the important people of the communities; business leaders, the lawyers and chief priests. But more often than not, he accepted invitations to the home of the outcasts and the marginalized, people the leaders viewed as “sinners”. He was accused, on more than one occasion, of being a “drunkard” because he associated with such. (Matthew 11:19) Why are you eating and drinking with them?” the disciples would ask. Because, God is for all people. Oh, yeah.

Jesus befriended a Roman centurion, who symbolized everything the Jewish people distained. A different faith, a gentile and therefore unclean, not to mention an enemy and oppressor of Israel. Why, they pleaded?

Among Jesus’ best friends were women. He invited them into his inner circle, which was certainly not normal and accepted behaviour for men 2000 years ago in Palestine. Well, it’s not the norm today, in many parts of the Middle East, (or Canada?) for women to be seen as equal to men. But Jesus had Mary Magdalene a part of his inner circle, as was Martha, and Joanna and Susanna. Many of the men said “why do you accept them?” Because, God is for all people.” You see the pattern.

Rodney King, in the midst of the LA riots of 1991, asked the question “How can we all just get along?” Words that seemed naïve to some ears. Banal to others. It is a question that is simultaneously simple and intensely complex.

Simple because we’re called to love all people. That command from Jesus couldn’t possibly be more uncomplicated.

But complex, because, the broad spectrum of our histories brings a lot of baggage for us. How were we raised, and what were we taught by our parents and our culture? Why do we fear people who are different than we are?

How do we shed the scaly skin of colonialism that has surrounded our vital organs for hundreds of years?

And when our comfort zones depend on maintaining the status quo, how do we find the gumption to change it?

Even when we know something is right, it can be a son of a gun to get around to actually putting it into practice. Like the Jesus follower Paul said in a letter he wrote to the little church in Rome, “I know the good that I should do, but so often, I can’t seem to do it.” (Romans 7:19)

I just finished Eric Clapton’s autobiography. Clapton is a song-writer of huge hits like “Wonderful Tonight”, ‘Layla”, and “Tears in Heaven”. He’s also known for being one of the best rock and blues guitarists ever. In his book, he talks at length about his battle with alcohol. For years he drank a bottle of vodka a day. That was in addition to the wine, beer, and cocktails being shared at the various and assorted parties.

In the late 80s, in spite of fame, money, adoring fans, and an endless line of girlfriends, he came to what he describes as “rock bottom”.

“At that moment, almost of their own accord, my legs gave way and I fell to my knees. In the privacy of my room, I begged for help. Down on my knees, I surrendered to something so much bigger than me. Within a few days, I realized something had happened for me. I had found a place to turn to. From that day until this, I have never failed to pray in the morning, on my knees, asking for help.” (”Clapton”, The Autobiography, pg. 235)

What does this have to do with justice? I’m in good company in saying that there are things in life we need help with. We need help from a power beyond our own to do what we need to do.

Some reading this might not agree. Some might even think it’s a cop out, to think that God will step in when we can’t. Some might say “we have everything we need in us to do what we need to do. We can love in the way we need to love. We can sacrifice what we have to pursue justice, and all we need we have in us.”

If you’re in that camp, I have the upmost respect for you and admire that kind of strength of will and purpose. If you’re getting stuff done all on your own, all I can say if that you’re a much stronger person that I am.

But if you’re like Paul, who concludes his “why can’t I do what I know I should do”? lament with the words “Thank God for the power and grace of Jesus”.

Or, if you’re like Jesus, who constantly relied on the presence of the Holy Spirit to give him what he needed. As he stared down angry power structures who were so threatened by the call for equality. As the shadow of the cross grew longer. He knew he wasn’t on his own.

Here’s what we all can agree one: We need justice. Now. There’s been too much hurt. Too much pain. We need the Peace that is real, that only justice can bring.

If you can do it on your own, the more power to you. If you can’t, Jesus wants you to know that there’s help and a power beyond your own.

If a rock star can find the humility to beg for help, then maybe we can to. There’s too much at stake not to.