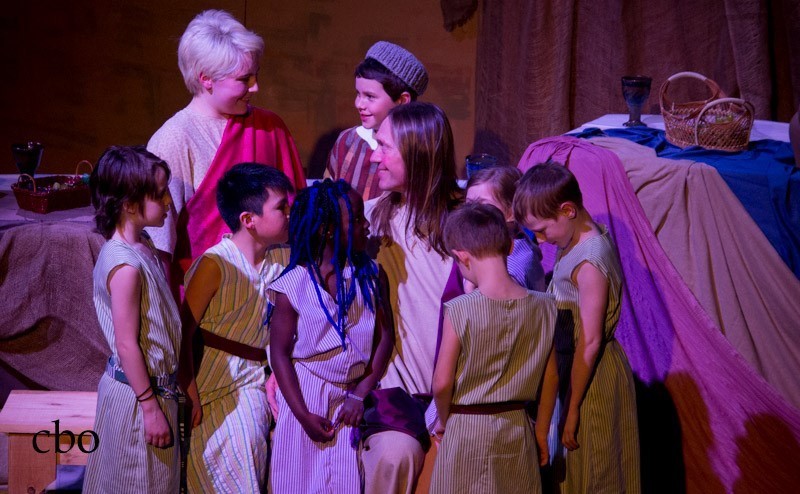 Marlene's working on an anniversary book for First Pres. People are sending in memories. She asked me for a few of mine.

What can I say about First Pres? That's easy. This community of faith has been a blessing to my family more than I could of ever dreamed or imagined. In support of this truth, a couple of stories to share.

It was just me and the boys. We moved to Collingwood in January of 2000. Rented a house on Simcoe St which was perfect for road hockey because it ended in a cul de sac.

I was the new associate minister. I had little idea of what I was doing, and even less of an idea of how it was all going to work out.  But by that point I had stepped out of the boat and stepping back in didn't seem an option. I was on the water. Between what God could do and what I could do I believed I would keep safely on top of it.

Fast forward to present day, Ian and Taylor are now 31 and 29. They are good, well-adjusted, and caring people. First Pres has a lot to do with that. You all helped me raise them.

When I had meetings, Florence McCarl babysat and watched the Leafs games with them. A Leafs fan, a kindred spirit, the ultimate babysitter.

The weeks prior to Christmas of 2000 I started to get Christmas cards in the mail. I never had a Christmas card in the mail before. By Christmas eve day, we had 77 of them. We strung them across our living room as people do. We knew then it wasn’t just the three of us anymore.

John Richards, Chic Simonato, and Bill Allen. God knows how thankful I am for those guys. The old guard. Veterans of WW 2 who, along with their spouses, formed the cornerstone of our church’s faith. They could have made a list nine miles long of the great things they did, for Collingwood, for our country. But as God is my witness they were the most humble people I had ever met. And kind. I didn’t do anything to deserve their support, but their support I had. A few times I wondered why. And then I remembered. They were Christ followers and servants of their peers. It was just who they were.

The Followers. The first band ever at First Pres. Banjo, guitar, drums, and bass. Make a joyful noise brother. Sam Sammons, Kevin Hackett, Doug Bell, and myself. Deb Fitzsimmons joined us a bit later. The first time any of those instruments were played in a worship service in the church. That was a big deal back in the day. We travelled here and there to play. Reminding people that there will be a day when the circle will be unbroken. We were invited to play and sing at the General Assembly of the PCC in June of 2004. Those were good times.

Kimberley and I were married in the church in July of 2002. That’s a cherished memory. Pretty much the whole church showed up. One of my uncles could barely get a seat. He was impressed.

Kimberley was the music director of Centennial United Church in Stayner. Which was fortunate, because single clergy are strongly discouraged to enter into a relationship with a member of the church he or she serves in. So, ultimately I stole her away from Stayner. What else could I do? Every now and again I bump into someone who was a member there at the time. They joke that they still haven’t forgiven me for that.

In more recent years, it’s been an honour and a great blessing to work alongside Kimberley for both worship every Sunday and also for our bigger events like the Christmas Story, the Easter Story, A Little Night Music, and VBC. Not many couples get to work so closely together in a church on staff. Without a doubt that’s been a real gift to both of us.

The blessing that rises to the very top comes out of Haven’s battle with brain cancer. (isn’t it a beautiful paradox that oftentimes our greatest joys come out of our greatest sorrows?) The congregation of First Pres embraced us, held us, and never let go as we went through the procedures required. As I had written in an Easter letter that year to the community, Haven’s surgery at Sick Kids was on a Sunday morning, and began at the exact time you all were gathering for worship. As we sat in the waiting room, we felt the power of your solidarity, your prayers, and your love for us. We continue to believe that your prayer was a major factor in Haven’s healing.

So, here’s how I finish. That’s as easy as how I began. Because I have been so blessed here, I now need to live to be a blessing to those around me. It’s the only response that makes any sense. Return the favour. Give now, just as you have been given to. In the time I have remaining here as minister, and then on to the rest of my time here on earth, the point of my life will be to be a blessing.

It’s true, sometimes I worry that I might be tempted to renege on that. But God will be with me to help. To give the needed strength. Just as God helped me the day I stepped out of the boat over 20 years ago.

How wonderful are God’s plans for those who trust in him. Thank you First Pres for being an instrument of that great truth.