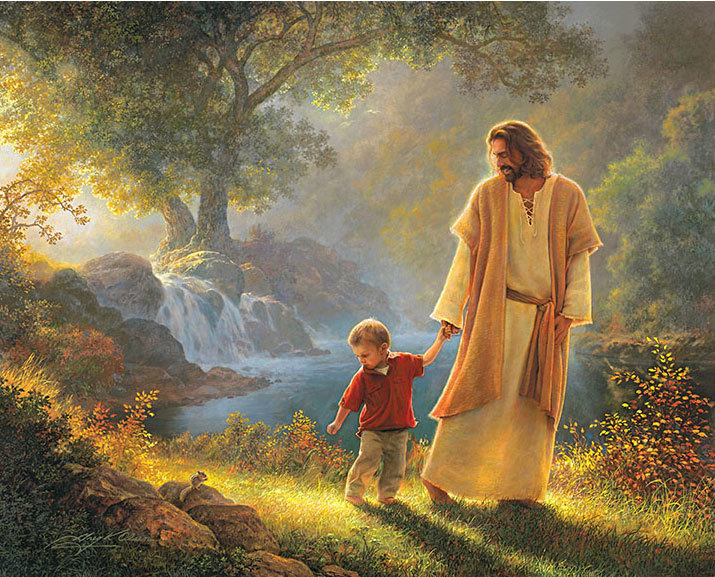 Jim Gaffigan is one of my favourite stand-ups comics. He’s clean enough to have warranted an invitation to open for the Pope in Philadelphia a few years back. Good gig.

He talks a lot about food. He does ten straight minutes on Hot Pockets. Which then becomes a standing gag for him: “If this guy tells one more Hot Pocket joke I think I’m going to die!” And then of course he goes on to do another two or three minutes on anything Hot Pocket.

9 blogs about prayer. “If this guy does another blog about prayer I think I’m going to die!” How can there possibly be enough to talk about?

The fact is, there’s a ton of food in Jesus’ prayer. (sorry, puns are not my specialty) But it’s true. It’s so easy to forget how much nourishment these words bring to us. Mostly because we’ve memorized them, and they only take about 10 seconds to say out loud. There. It’s done. Let’s move on to the opening hymn.

That’s kind of a lightning rod word isn’t it? “Evil”. As strange as it might seem, when the word “evil” pops up people lean forward. We have an innate curiosity. What is it? Where is it? Is it real? Netflix is in love with the word. It’s a real money maker for them. I’ve just counted 6 new shows since the spring of 2019 with “Evil” in the title. Cha-ching.

Throughout the Lord’s Prayer, there is a lot of asking. Which, in of itself, it quite remarkable. There is “Give us”, and “Forgive us”. And now, there is “Lead us, and Deliver us”. It’s amazing, what those words presume. What they presume is that God is somehow with us, is in some way active in our lives, and in some way is actually able to impact the things that happens to us.

Imagine someone unfamiliar with this faith hearing this for the first time. “You mean, you believe that there is a God who in some way leads you through this life?”

“Yes, that is what we believe.”

“You really believe that God is with you in that way?” The question that follows is more than logical. It’s necessary. “So, how does that happen, and what does that mean in my life?”

Certainly, that’s one reason Jesus believed God was his parent. Parents lead their children. I’m pretty sure that’s what it says on every parent job description: Applicant must assume the responsibility of leading your children to good things. That’s why we make decisions for our children. That’s why they don’t make important decisions themselves when they are young because they don’t know.

But we do as parents. We know what they need. And we see the bigger picture.

At SickKids hospital, when we were there with Haven, there was a girl who went around the huge lobby on the main floor with a seeing-eye dog.

And over the week we were there, I saw her a few times. I often wondered how she managed. Getting around the huge and busy lobby of SickKids, with people scurrying everywhere, up and down stairs, on and off the elevators. She would leave the building through the big sliding doors, and out onto the wild streets of Toronto. Cars whizzing by, through streets lights, green, orange and then red.

But, she’s OK, because she has this dog, who guides her around.

What amazes me is the relationship that they share. This girl has complete trust in the dog. She knows the dog will not lead her onto the wrong path. Or, in the wrong direction. She wouldn’t get very far without that trust.

We too are called to trust in this leading. God, lead us onto the right path. Don’t allow us to go into the wrong places. Like the words that we love to sing together. “Whate’er I do, where’er I be, still tis God’s hand that leadeth me.”

I remember Ken Chestnut’s funeral, June of 2015. He was an elder here, and contributed to this community of faith in many different ways.

Ken was the captain of a sailing ship. I have an image of him behind the captain's wheel. I don't know if there was an actual wheel on those big ships, but, if there was, he was the one behind it. His crew trusted him. They looked to him to guide that ship through the storms and the white squalls that would come up out of nowhere on the bay. Hundreds of people on board depended on him.

Just as Ken's crew trusted him to get them through the storms, so we are called to trust God to do the same. Christian people believe that their lives are piloted by God. Every now and again, you have to just give God the wheel.

As I’ve pointed out before, Jesus didn’t come up with this faith all on his own. It’s an ancient teaching. It's in Psalm 23. God, you lead me to still waters and green pastures, you are with me through the darkest valleys. Surely, with you on the wheel, goodness and mercy shall follow me all the days of my life.

That’s why people remember those words in the last hours of their lives. It’s our most basic need. To trust someone who loves us. In Jesus’ prayer, we are called to trust in that guiding hand.

And now, tragically, I see I’ve used up all my space, and we didn’t even get to the words “deliver”, much less “evil”. Or, the looming question: “Where is God delivering us to? Or, away from?”

These will be for later this week. In the meantime, you could do a little digging yourself. And then see if my answer matches up with yours.

Might be a nice break from the food that Netflix brings.

Deep Roots It's Grow Time Very Glad to Know You