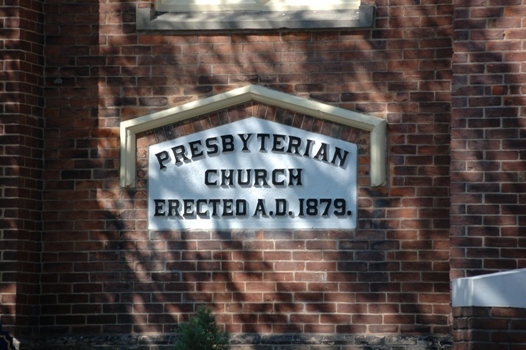 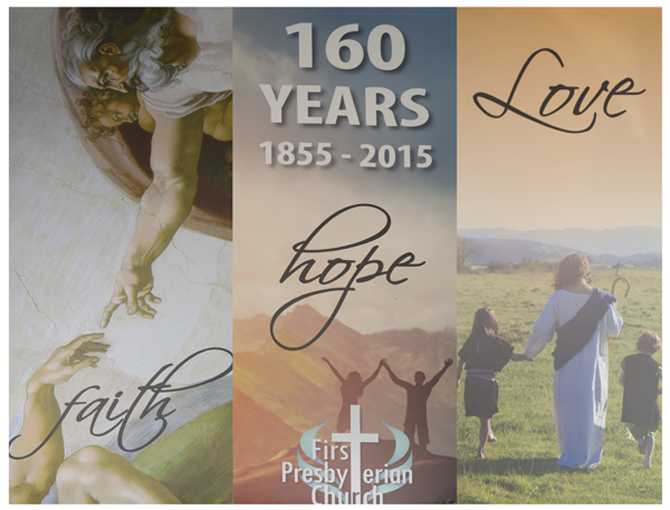 In 2015 we celebrated the 160th Anniversary of First Presbyterian Church on Sunday June 7th. The Rev. Doug Schonberg, who was associate minister at First from 1995-1998, was the guest speaker at both the 9 and 10:30 a.m. services. Doug's wife, Wendy, accompanied him. Also in attendance was Rev. Wally Little and his wife Audrey. Wally was minister at First from 1993-1998. It was wonderful to have both ministers here at the same time to fellowship and renew old acquaintances. Three delicious cakes were enjoyed in the Lower Hall, with Doug, Wally, Isabel Wilson and Rev. Tim cutting and serving.

Below please see timeline of growth from 1855 to present